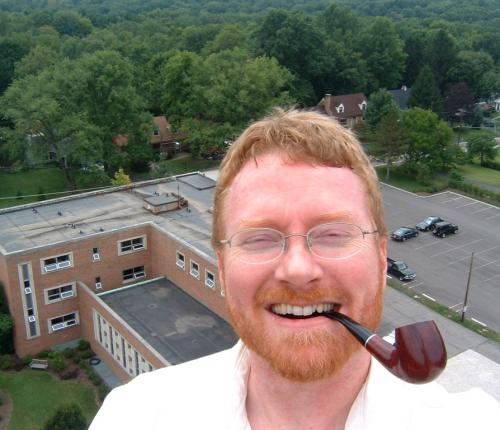 I'm blessed to be a forty-something single man living each day by God's grace. Grew up in Northern, NY state in a rural area close to the Canadian border (due North of Watertown, which is due north of Syracuse). Lived down the road from my hardworking grandparents' small diary farm. Spent much time on their farm. Also grew up with and learned to ride horses and generally care for animals and live as rural folks do. Music was my predominant passion (drums/percussion) in my teen years. Served in the Navy for 5 years (hospital corpsman--entailed providing patient care at a Naval Hospital oncology ward, then serving as part of a two-man medical department on a Destroyer). By the wonderful grace and mercy of God, converted to Catholicism from agnosticism, entering the Church in 1995. Am a graduate of Franciscan University of Steubenville (Biology with pre-theology certificate; also took philosophy courses with Dr's. John Crosby, Michael Healy, and John White), worked for two years for Priests for Life in New York, and then entered the Dominicans (Order of Preachers), St. Joseph Province (aka Eastern Province). Was privileged to be a Dominican student brother studying for the priesthood for a little less than 5 years, studying graduate theology at the Dominican House of Studies in Washington, DC. Discerned that God had wanted me to be there for a temporary period rather than for life and departed the Dominican community on good terms in 2008 at the end of my temporary vows. Am very grateful to still be in touch with the excellent men--now Dominican priests--who were my classmates. Moved from Washington, DC, to the greater Philadelphia area in the summer of 08. Taught 7-8th grade for a year at the then-brand new Regina Luminis Academy (a private Catholic school). Worked for a year doing home care for the elderly, and then took a position as Director of Religious Education at St. Norbert parish in Paoli, PA. Am now in my second year as DRE. Was part of the founding leadership team (now Assistant Director) for the Catholic Young Adults of Chester County (CYACC), now approaching two years since we began. Also am recently a member of a band, Paging Samuel, playing percussion/drums. As a convert, my outlook on life now is powerfully influenced by the grace of conversion, having come from the darkness of not knowing if God even exists (and being in a haze about the meaning and purpose of life), to joyously accepting faith in Christ and embracing wholeheartedly His beautiful bride, the Catholic Church. All praise be to God for the great gifts of life, of being a human person, and for faith!