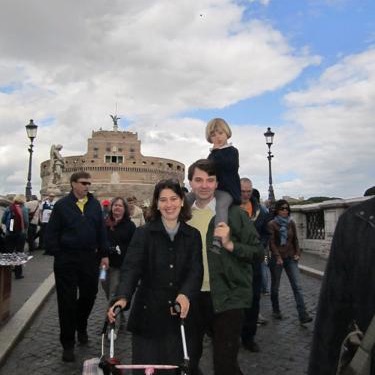 Currently living in Rome (Italy) with my husband and daughter, I'm working on a project on totalitarian evil from the perspectives of Simone Weil and Hannah Arendt. My book Simone Weil's Apologetic Use of Literature: Her Christological Interpretations of Classic Greek Texts appeared with OUP in 2008. I've also worked on the topic of infertility, and my booklet "Embracing the Cross of Infertility" (HLI, 2010.) has appeared in an expanded version in German, Hungarian, Croatian and Spanish. Before moving to Italy due to my husband's work, I was an Arthur Ennis Teaching Fellow at Villanova University from 2007 to 2010. My background is in philosophy and comparative literature.