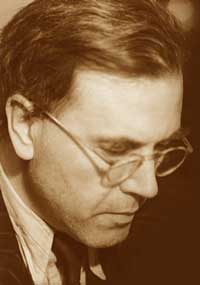 Dietrich von Hildebrand was born in Florence in 1889, the son of the German sculptor, Adolf von Hildebrand.  He was educated by tutors at home until he began his university studies in Munich in 1906.  Between 1909 and 1911 he spent several semesters studying in Goettingen with the great Edmund Husserl, the father of phenomenological philosophy, and in 1912 he completed his doctorate.  In Goettingen he also studied with Adolf Reinach, whom he always venerated as his real teacher in philosophy.  But he also received tremendously much from Max Scheler, with whom he had a very close friendship for 15 years.  It was Scheler who awakened von Hildebrand’s interest in personalist philosophy.  Von Hildebrand’s dissertation concerned the problem of moral action; in fact he subsequently became best known as a moral philosopher.

In 1914 von Hildebrand, who had received no religious education as a child, converted to Catholicism, partly under the influence of Scheler.  In addition to his properly philosophical books he wrote in the course of his life a number of more religious and spiritual studies, for his Christian faith was supremely important to him.  Already in the 1920’s he began to distinguish himself in the Catholic intellectual world by his original personalist writings on man and woman.

Von Hildebrand became Professor of philosophy at Munich, where he taught until 1933.  It was Hitler’s coming to power in that year that drove von Hildebrand from Germany.  He had been one of the earliest critics of National Socialism, raising his voice against its Weltanschauung already at the time of the 1923 Putsch in Munich.  Refusing to live in a country governed by Hitler, he left Germany in 1933, going first to Florence and then Vienna, where he tried to rally the intellectual resistance to Nazi Germany.  In collaboration with the Austrian chancellor, Dollfuss, he founded a review in which he brought his philosophy to bear on the European crisis of the time, exposing in essay after essay the intellectual and spiritual corruption of National Socialism.  One of these essays was entitled “The Struggle for the Person,” and expresses the personalism contained in all that he wrote in those years.  In the life of von Hildebrand one sees not only the intellectual labors of a moral philosopher but also the public witness of a great moral personality. 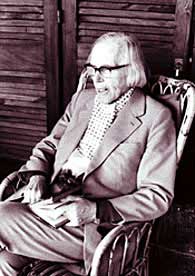 He escaped Vienna barely with his life in 1938 when Germany annexed Austria.  He spent the next years as a refugee moving through Switzerland, France, Portugal, Brazil, until he arrived in New York City in 1941.  He became professor of philosophy at Fordham University, where he taught until his retirement in 1960.  It was in 1953 that he published his major work in moral philosophy, Ethics.  He lived in New York until his death in 1977.  In his last years he published Das Wesen der Liebe [The Essence of Love], which he considered one of his most major works; it is also an important source for the personalism of his thought.