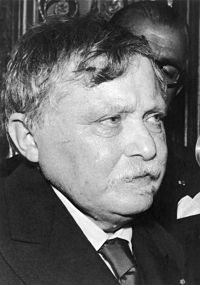 Gabriel Marcel (1889-1973), born in Paris, was a French philosopher, playwright, musician, and drama critic. He was known as a Christian existentialist or philosopher of existence, though he very much contrasted himself to the existentialism of the atheistic absurdists, Sartre and Camus. Marcel was an original thinker whose works stay very close to his experience. Philosophy and an autobiographical description of the questions and thought processes which led him to his conclusions are closely entwined when one reads his works. He is afraid that "systematizing" can lead one astray from the truths present in our experience.

He was an only child raised in a broken and areligious family. He felt isolated from his fellow students at school and was very negatively affected by the fiercely competitive educational system. His initial pathway out of isolation and despair had to do with drama and music. He developed a love for theater, communicating with imaginary companions in the absence of live friends or siblings. He also felt uplifted by beautiful music, which gave him some impression of a higher harmony and possibility of communion, even if not expressed in concepts. This kept him from despair and suicide until he later addressed these themes of communion and hope philosophically—and finally religiously. It was not until age 39 that he discovered faith and converted to Catholicism.

His major philosophical themes—in both his plays and his theoretical treatises—focus on the world of the person, finding meaning in human life, and the call and challenge of communion with others and ultimately with God. A major concept in his thought is what he calls disponibilité or "availability." By this he means not the way an apartment is empty and "available" for rent, but rather the way one person can be available for another in service and in love. This requires a fullness within, and a self-control, that allows me to make a gift of myself to another. I cannot be available to another or make myself a gift to him or her (or to God) if I am clogged up with myself, i.e., if I am dominated by pride, concupiscence, habit, human respect, etc. I must have a vision of what I am for, what I am ordained to, in light of values and of other persons worthy of love. 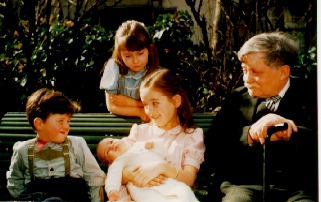 Marcel also distinguishes between being and having. One can only "have" things, never persons. Ownership of a person would be slavery, the most fundamental insult to human dignity. But we treat one another as things whenever we try to manipulate instead of trying to love. With persons, one can only "be with" another in mutual respect and love in a genuine personal "presence" to another. This is the doorway to human communion. But evidently loving communion can never be only one-way, can never be forced or imposed on the other, but must be reciprocal—a free gift on each side. He also distinguishes between problem and mystery. A problem is an objective challenge with a potential final answer, e.g., in mathematics, physics, or logic. A mystery is not merely "objective" but involves the person addressing it intimately and subjectively, and does not have a final universal solution, but rather deeper and deeper levels, e.g., friendship. So a problem is to be solved but a mystery is to be lived. In a related theme, Marcel is very critical of our technological, utilitarian mass society with its tendencies toward reducing the individual to his functions and uses, treating him as a thing to be manipulated rather than respected.

As opposed to the philosophies of anxiety, despair, and absurdity (e.g., Sartre and Camus), Marcel emphasizes a philosophy of gratitude, hope, and communion and tries to uncover those dimensions of human experience which ground and point toward such a solution to the human situation. Thus, while faith may complete and fulfill what reason points to, faith is not an irrational leap. Rather, there are grounds in the human experience of love, value, and meaning which point toward a transcendent fulfillment beyond reason. He argues, for instance in Homo Viator, that love in its fundamental validity reaches out beyond death, even on the level of human experience. He starts concretely with the acknowledgement that his love for his wife is the most deeply meaningful and valid response of his entire life. But, if love is valid, if love is not absurd, then his wife must be more than a complicated organization of material elements; his wife must in other words be more than merely her body. If she were only the material elements of her body, then what would love mean? What would marriage vows mean? The body is over 80% water, plus various other elements, highly organized—which means it is just a highly organized mud puddle. How do two highly organized mud puddles [my imagery here, not Marcel's, but for the purpose of illustrating Marcel] love one another or make vows to one another? That would really be absurd. But, since love itself is not absurd, but most deeply valid and meaningful, therefore the beloved must be more than the body which dies. So, Marcel states, "Love says, 'You will not die!'" But if love is not absurd, then neither is human life.

Ultimately, then the grounds for meaning and hope in human life break the bounds of this world of space and time. Hope is not on the same level with a dispositional or psychological optimism, nor is it just a calculation of odds, not is it just wishful thinking. Hope in human life is based in the genuineness (truth) of values, of beings worthy of life-long faithful commitment and love, but their validity points to a transcendent ground beyond themselves, beyond time, in eternity—in God, His power and His goodness. "I hope in Thee for us" is Marcel's famous summary phrase here.

But if there are things in being, especially persons, worthy of love and commitment, then we are also called to both gratitude and faithfulness. Gratitude is the fundamental response to being as a gift—our own being and that of those we love. Further, we are called to constantly renew our love and commitment in what Marcel calls "creative fidelity." That is, our obligation as lovers is to return again and again to the wellsprings of our response, the reasons for our love, and to renew our hearts. We must not grow blunted or cold, falling asleep to the gifts we have received and beginning to take them for granted. This requires commitment of the will, but a commitment precisely to keep our hearts open, to let ourselves be touched deeply again and again—it is never just a dry commitment of the will alone, binding only from the past. Rather, it is a present reality constantly renewed—that at least is the challenge.

In relation to the philosophia perennis, Marcel regularly arrives at positions compatible with classical and medieval philosophy, but he wants to show from his own experience how he gets there. He is sensitive to the danger of just churning out answers from within a system based on certain traditional terms and presuppositions perhaps no longer "alive" to their roots in human experience.