In an as yet unpublished essay on William James (the centenary of whose death is this year), John Crosby reminds us of the fact that James “was a man with the mind of a scientist and the heart of a believer.” This gives him special relevance for today’s world in which the harmony between faith and science is once again challenged by the so called “new atheists”. 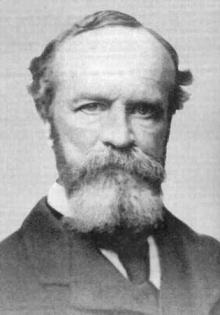 These new atheists are convinced that an objective and scientific approach to the world inevitably reveals all religion to be mere superstition. But Crosby points out that the very opposite was true for James:

…the empiricism of science is one main source of James’ openness to religion. He absorbed in his early scientific education this empiricism, this unconditional respect for the facts, wherever they lead, however unexpected they are; it then grew in him into a radical openness to all dimensions of experience. He was no doctrinaire empiricist, otherwise he would have been antagonistic to religion, but he was a radical empiricist, as he called himself, and so was open to all experience, including religious experience. James as religious thinker, then, is far more entitled to wear the mantle of empiricism than are those scientists who would discredit any kind of experience that is not amenable to the methods of natural science.

Crosby quotes a few lines from The Varieties of Religious Experience in which James makes the point himself:

I can, of course, put myself into the sectarian scientist’s attitude, and imagine vividly that the world of sensations and of scientific laws and objects may be all. But whenever I do this, I hear [an] inward monitor… whispering the word ‘bosh!’ Humbug is humbug, even though it bear the scientific name, and the total expression of human experience, as I view it objectively, invincibly urges me beyond the narrow ‘scientific’ bounds.