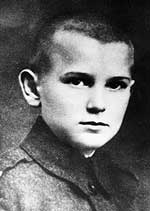 Karol Wojtyla was born in Poland near Cracow in 1920.  When he entered the Jagellonian University in Cracow in 1938 he studied Polish literature with a special emphasis on Polish drama.  The university was closed the following year by the occupying Germans.  Wojtyla soon discerned a call to the priesthood and began his studies in an underground seminary.  It was here that he encountered philosophy for the first time-in the manuals of Scholastic philosophy that were part of the seminary curriculum.  After completing his doctorate in theology at the Angelicum in Rome in 1948 he returned to Poland for work on his Habilitation at the Jagellonian University in Cracow.  Since Wojtyla was exploring the relation of Max Scheler to Catholic moral theology, he had to study closely the phenomenological personalism represented by Scheler.  Scheler’s personalism resonated deeply with Wojtyla and elicited his own personalist thinking. 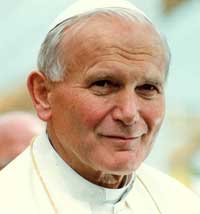 In 1954 Wojtyla became professor of ethics at the University of Lublin in Poland.  His courses centered around St. Thomas Aquinas and Max Scheler, with much attention also given to Kant.  He was constantly concerned with relating the personalism he found in Scheler with the Thomism of the Catholic tradition.  Even after becoming a bishop in 1958 he continued his teaching and writing in philosophy.  In 1960 he published Love and Responsibility, a personalist study of man and woman.  He was an active participant at Vatican II (1962-1965); by his own testimony the experience of the Council deepened the personalism of his thought. The fullest statement of his personalism is found in his work, The Acting Person (1967).  The most accessible introduction to his personalism is his paper, “Subjectivity and the Irreducible in the Human Being.”

On being elected pope in 1978 he proceeded, as John Paul II, to bring his personalism into his prolific papal teachings.  Best known is his “theology of the body,” in which he develops and deepens his personalist approach to man and woman, giving particular attention to the place of the body in man-woman relations.  But one feels the presence of his personalism throughout his papal teachings, as in the encyclical on human work, or in his teaching on proposing rather than imposing the Christian faith.