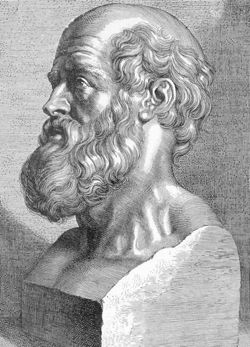 I tend to be leery of attempts to tinker with and improve upon the Hippocratic Oath. The suspicion is that such efforts might be framed to loosen the medical profession’s commitment to protecting life from conception to natural death. A moment’s reflection, however, reminds me that certain adjustments to ancient practical codes simply can’t be avoided. There is need for both translation and development. With translation I mean that the underlying normative principles of the Hippocratic ethic must be reformulated in order to make sense in a different age. We no longer “swear by Apollo the Physician” or think of our teacher as “equal to my parents.” So much is obvious. But the idea of development goes beyond mere translation. It includes the incorporation of new values that were not (or not sufficiently) recognized by Hippocrates and his followers.

Something I am reading right now, by Edmund D. Pellegrino, provides a good example.* The Hippocratic ethic, Pellegrino thinks, is paternalistic to a degree that is simply no longer acceptable. It views the physician as “an authoritative and competent practicioner, devoted to his patients well-being. He is a benevolent and sole arbiter who knows what is best for the patient and makes all decisions for him.” He cites a Hippocratic source in which the doctor is adviced to “Perform all things calmly and adroitly, concealing most things from the patient while you are attending to him.” A little later the doctor is told to treat the patient with solicitude, “revealing nothing of the patient’s present and future condition.”

This the-doctor-knows-best view of the relationship between the physician and his patient, while “still too often the modus operandi of physicians dreaming of a simpler world in which authority and paternalistic benevolence were the order of the day,” is no longer valid. The modern principle of “patient autonomy” must be allowed to qualify and interpret the older principle of beneficence.

Incorporating this modern value into the Hippocratic ethic represents, it seems to me, a genuine and positive development of the latter, not a corruption. Even if beneficence was traditionally understood and practiced in a paternalistic way, we should be able to see that beneficence and paternalism are two different things. In fact, as Pellegrino shows, the latter detracts from the former.

I don’t want to end without saying that the idea of patient autonomy can also be misinterpreted. For instance, we should avoid thinking of it in terms of independence only. The last point makes this very clear. The patient really needs the doctor. She is dependent on him. And that not only for her physical well-being, but even for the ability to exercise her own autonomy. Also, the emphasis on the autonomy of the patient should not lead us to overlook the equally important autonomy of the doctor. It is not true, for instance, that the doctor, after giving his best advice, has to simply execute the wishes of the patient, no matter what they are. The doctor is also an autonomous person. He may never be viewed, either by himself or by his patient, as a mere means to the patient’s health (or other goals). Pellegrino has a lot to say on this as well, but that would be for another post.

* The two articles I cite in this post are not freely available online (1. “Toward an Expanded Medical Ethics: The Hippocratic Ethic Revisited”; 2. “Patient and Physician Autonomy: Conflicting Rights and Obligations in the Physician-Patent Relationship”). But there is another article on similar themes that is: “Toward a Reconstruction of Medical Morality”

Always love everything you (and Katie) post on the Linde; this was especially pertinent to me, as I have recently been a patient (and learned a lot from that ‘end’), and continue to nurture in my own heart the call to become a PA (Physicians’ Assistant) or Physician, when I am done schooling my youngest.  I will take away from your post the very real warning not to become an overbearing, ‘paternalistic’ practitioner, while ever retaining my own autonomy and judgment.  Thanks for this post!