October 12th is a sort of feast day for the Personalist Project, since it is the birthday of Dietrich von Hildebrand (1889) and Edith Stein (1891). They studied philosophy (a few years apart) under phenomenologists Adolf Reinach and Edmund Husserl; both were profoundly influenced by Max Scheler. They were converts to Catholicism (DvH from nominal Protestantism; ES from Judaism). Both dedicated themselves to resisting the evil of Naziism, intellectually, morally, and religiously.

Lacking time to do their contributions anything like justice, let me at least offer, in honor of the day, a glimpse of why the Personalist Project looks to them as two of our leading lights.

These paragraphs are taken from the introduction to Jules’ anthology of DvH’s writing: 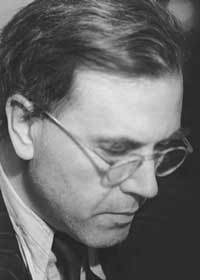 In his introduction to The New Tower of Babel, a collection of essays in which he examines various manifestations of modern man’s flight from God, von Hildebrand wrote that “[t]he dignity of the human person is written over this period as its objective theme, regardless of how few persons hold the right and valid notion of this dignity and its metaphysical basis. The present epoch is great because the struggle that centers around the human person is ultimately a fight engaged under the banner of Christ…”
This great struggle “centered around the human person” and engaged “under the banner of Christ” provides an interpretive key to the life and work of Dietrich von Hildebrand. Whether it was his heroic resistance to the evil of totalitarianism, or his critique of relativism, materialism, and all secularizing trends; his value ethics, his personalist metaphysics, his emphasis on the heart, the liturgy, beauty, marriage and love; whether in his religious writings or his philosophical writings, his teaching in the classroom or in the small gatherings of friends and disciples in his grand home in Munich or in his tiny New York apartment, his passion and the implicit mission of his life was to unfold, cherish, and defend the great mystery of what it means to be a human person—a being called to live his life in conscious, free, and full responsiveness to the world of values and above all to God, who created him, who redeemed him, and who offers him total transformation in Christ.

And here are a few points of particular interest for us taken from the Vatican website’s description of St. Teresa Benedicta of the Cross, Edith Stein: 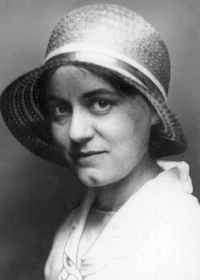 In 1913, Edith Stein transferred to Gottingen University, to study under the mentorship of Edmund Husserl. She became his pupil and teaching assistant, and he later tutored her for a doctorate. At the time, anyone who was interested in philosophy was fascinated by Husserl’s new view of reality, whereby the world as we perceive it does not merely exist in a Kantian way, in our subjective perception. His pupils saw his philosophy as a return to objects: “back to things”. Husserl’s phenomenology unwittingly led many of his pupils to the Christian faith. In Göttingen Edith Stein also met the philosopher Max Scheler, who directed her attention to Roman Catholicism…

Later, looking back on her life, she wrote: “My longing for truth was a single prayer”...

She worked enormously hard, translating the letters and diaries of Cardinal Newman from his pre-Catholic period as well as Thomas Aquinas’ Quaestiones Disputatae de Veritate. The latter was a very free translation, for the sake of dialogue with modern philosophy….

In 1932 she accepted a lectureship position at the Roman Catholic division of the German Institute for Educational Studies at the University of Munster, where she developed her anthropology. She successfully combined scholarship and faith in her work and her teaching, seeking to be a “tool of the Lord” in everything she taught. “If anyone comes to me, I want to lead them to Him”....

When she made her eternal profession on 21 April 1938, she had the words of St. John of the Cross printed on her devotional picture: “Henceforth my only vocation is to love.”