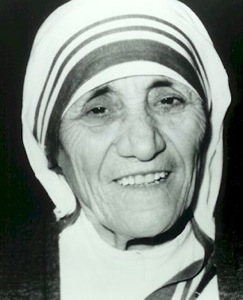 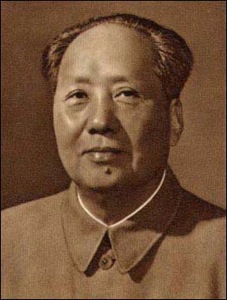 The news emerged this week that White House’s Director of Communications, Anita Dunn, announced to high schoolers just this June that “two of her favorite political philosophers”, two of the people she “turns to most” are Mother Teresa and Mao Tse Tung. (Listen to the audio here.)
The endorsement of the single greatest mass murderer in history is beginning to attract the infamy it deserves. Not noted in the commentary so far, though, is the outrage-in-itself of the comparison between these two moral personalities.

Ms. Dunn identified the common ground between them—the ground of her admiration—by using a quotation from each. In response to someone who pointed out that Chaing Kai Shek had the army behind him, Mao had said: “You fight your war and I’ll fight mine.” And Mother Teresa had replied to a socialite who wanted to come to India to help her, “Find your own Calcutta.” You see the moral point? Both these highly impactful people had stressed the importance of finding your own way, following your own dreams. That’s all Anita Dunn wanted to say.

She may as well have held up Maximilian Kolbe and Adolf Hitler as two great example of men who were totally committed—committed to the point of death—to their respective causes. Mother Teresa and Mao Tse Tung are no less at moral antipodes with each other.

Mother Teresa’s entire life was a witness of her commitment to the dignity and preciousness of each and every human life—even the weakest, poorest social outcast. Each was infinitely beloved, infinitely deserving of care, more than worth sacrificing for.
Mao Tse Tung was foremost among the moral monsters of the 20th century whose ambition entailed, as Karol Wojtyla put it “the pulverization of the individual.” Persons, in the communist view, have no value in themselves. They deserve no respect; they are expendable on a grand scale. In fact, if we examine the history of Mao’s China, it becomes clear that, as with Stalinism, the destruction of individuality was its prime goal.