Mugged by the ultrasound

The Weekly Standard has an article today about the way ultrasound technology is changing minds about abortion. For decades the public has been effectively shielded from the reality of abortion by a campaign of disinformation and clever euphemisms. Abortion was not the killing of an innocent and defenseless baby, but a matter of “choice,” “women’s rights” and “reproductive health.” That’s getting harder for even the most ideologically committed and personally invested pro-abortionists to maintain.

[A]dvances in ultrasound imaging and abortion procedures have forced providers ever closer to the nub of their work. Especially in abortions performed far enough along in gestation that the fetus is recognizably a tiny baby, this intimacy exacts an emotional toll, stirring sentiments for which doctors, nurses, and aides are sometimes unprepared. 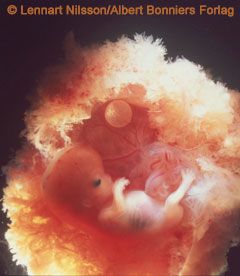 The best antidote to a mind-gripping lie seems to be not argument, but an encounter with the reality of a good.

Another study, published in the October 1989 issue of Social Science and Medicine noted that abortion providers were pained by encounters with the fetus regardless of how committed they were to abortion rights. It seems that no amount of ideological conviction can inoculate providers against negative emotional reactions to abortion.

Let’s pray that those “negative emotional reactions” lead to positive moral changes! Let’s pray and work for the full and complete conversion of our society to a culture of life.