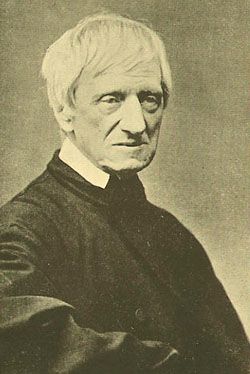 From an article in the UK Guardian:

When Cardinal John Henry Newman died in August 1890, the Manchester Guardian’s obituary spoke of him as one of the very greatest masters of English style - the paper meant prose, not dress sense - and a man “of singular beauty and purity of character … an eminent example of personal sanctity”.

Today, 120 years on, the Roman Catholic church finally caught up and beatified him, the penultimate stage to his being made a saint.

And from the Pope’s homily at last night’s vigil Mass in Hyde Park, attended by 80,000 faithful:

As you know, Newman has long been an important influence in my own life and thought, as he has been for so many people beyond these isles. The drama of Newman’s life invites us to examine our lives, to see them against the vast horizon of God’s plan, and to grow in communion with the Church of every time and place: the Church of the apostles, the Church of the martyrs, the Church of the saints, the Church which Newman loved and to whose mission he devoted his entire life.

Note the themes of personal influence (Newman took the motto “Heart speaks to heart” when he was appointed Cardinal) and interpersonal communion.  These emphases in Newman’s thought are among the reasons we consider him an eminent personalist, even though the term only came into use elsewhere and later in the history of philosophy.